The first two days were dedicated to a small introduction about Adobe Audition and audio recordings techniques.
We discovered some "tricks" for different sound effect used in cinema like ADR - Automatic dialogue replacement used when a scene is too noisy to record voices. During the Adobe Audition workshop, we learn the basics of the software, how to compose a sequence, set volume, add effects etc. We practiced with the sounds we've recorded in the whole building.

Having a true passion for music, I already knew most of the techniques, but it was useful as I've never used Adobe Audition. It was very intuitive though.

The brief is focusing on a creative sound piece on a certain theme (of our choice) and has to be composed of music, sound effects and new voice recordings which have to be connected all together to the theme chosen.

So I had to narrow my ideas to one single theme and then expand them within this particular theme.

During the Christmas break, I worked on a small poster series about love with my personal project beth design. Love is a strong emotion and theme and I wanted to work on that for a long time.

Letters V, I and E are featured on each poster. "Vie" means "Life". 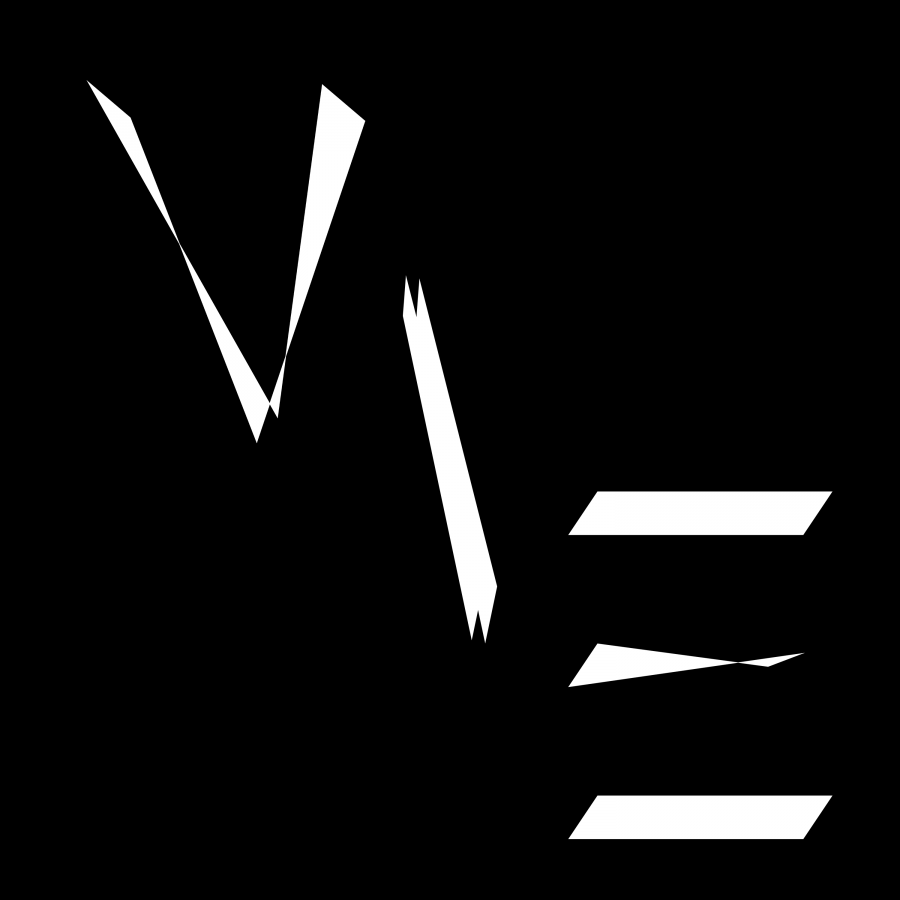 A lot of songs today are suggesting and evoking love through their composition, notes, instruments etc.
I went through a lot of them and every time I had to ask myself some questions :

So as an experiment trying to answer all those questions I decided to work on a piece of sound that reminds me of love. I guess that's a very personal work I'm going to undertake as some people might not identify to the sound piece I'll create. This experiment would also be a great opportunity to create a sound piece based on a work I've done earlier, in this case, the poster series. I think it is important to focus on the emotion/the message first and then see how visually it can be translated to sound.

Having my idea quite set up, I needed to identify some elements I could use for the sound piece.
Instead of trying to represent "love" as itself, I wanted to focus on some little moments in life where you feel love. So I started listing all the elements that reminded me of one particular moment of my life where I felt love.

After listing everything I started to have a clear idea of what I wanted to make. The sound piece would be composed by a 1min ambient sound with little bits of music and audio recordings.

On Wednesday I borrowed one of the zoom microphones available and started recording different sound in the studio. 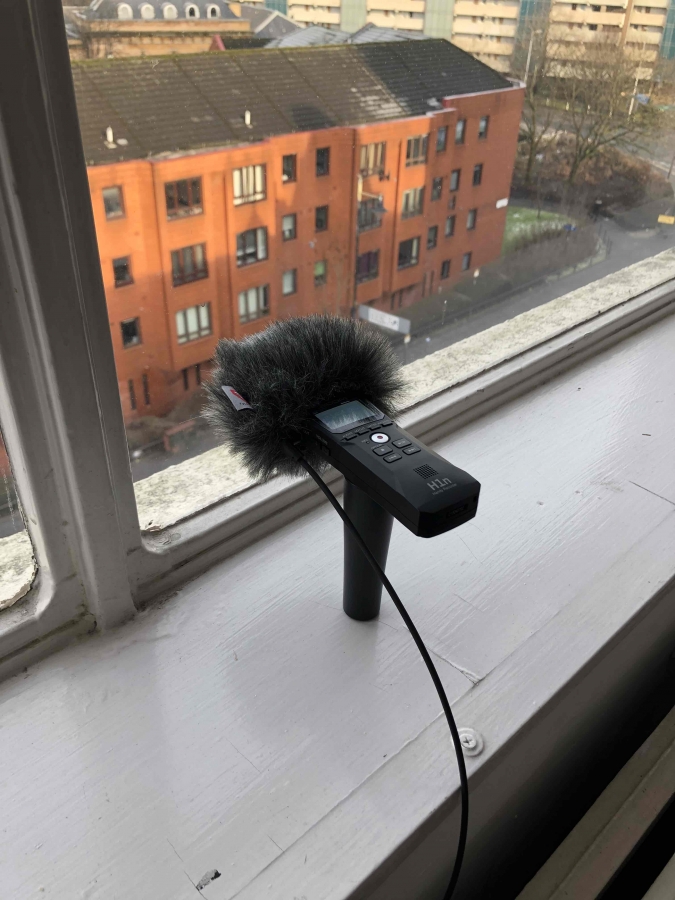 and then I went home and recorded a whole bunch of other sounds (sheets, book, traffic, skin, clothes etc..) 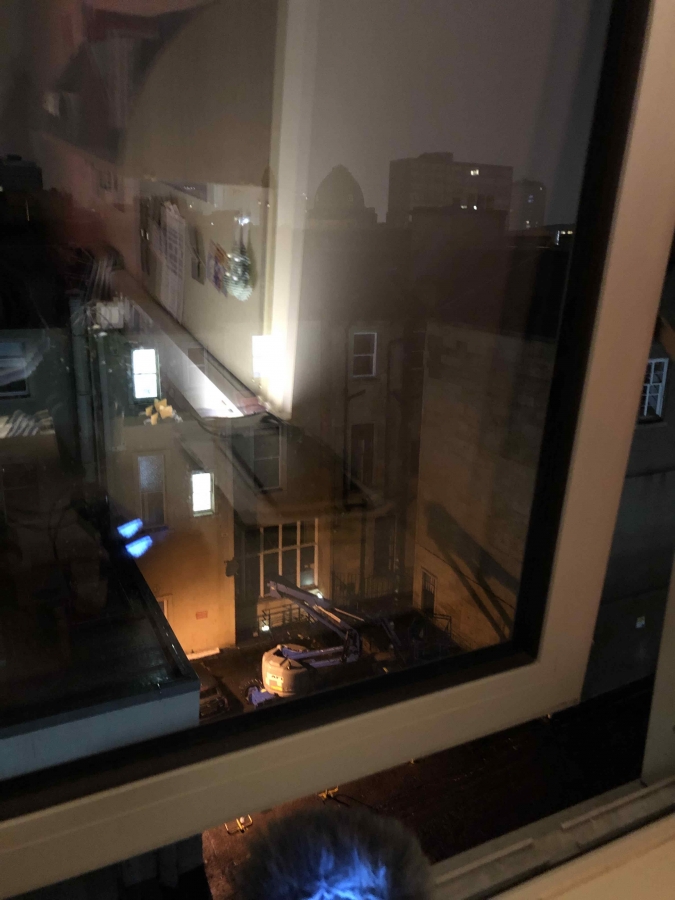 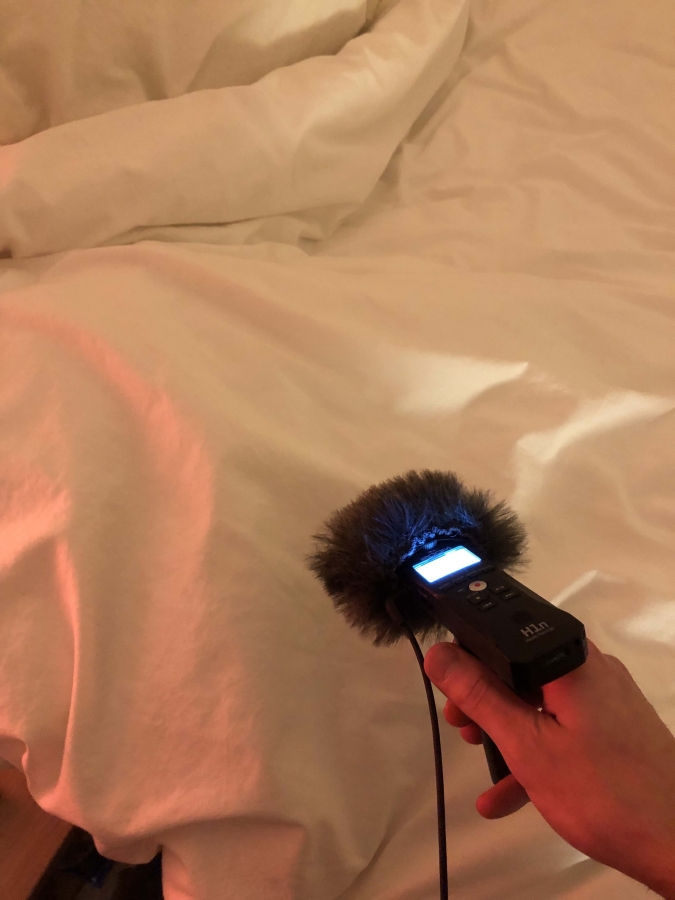 After recording everything I needed I started imported everything in Adobe Audition. I still had to figure out what piece of music I'm going to use and what voice track.

In my playlist, there's a track called "Limerence" by Yves Tumor.

I used the very beginning to set a kind of melody/tempo to my sound piece. I also took the track and extended it to 32min with a software called PauStrech (A Reinis idea :D ). Instead of having a weird extended sound in adobe audition I could export a 32min long version of the original track. Thanks to the algorithm of the software it created a kind of ambient vibe sound which was perfect for my sound piece.

As we had to include some voices in the track, I immediately thought about some poems I wrote during my poster series. I asked one of my friend in France to record herself reading one of the poems, as her voice would be much better than mine. I didn't try to record my voice though, I think I could definitely try and see how it sounds.

The text is from a poem in one of the poster.

"I hope you,
my heart stops,
alone in the night.
Until you reappear
my heart relives
together for life."

So I guess it sounds better in French because my translation isn't so great.

I started to put everything together during the weekend and tried multiple composition patterns.
I didn't have a clear process while doing the layering, I only knew which sound I wanted in the foreground and which one in the background. I started to mess up with patterns and tried different layering.
I ended with 9 different sounds (6 recordings, 1 music, 1 voice, 1 sample generated from PaulStretch). I also played with fade ins and outs and panning.

As I wanted something quite light I've set some echo effects on some tracks and modified the EQ for the music track Limerence to get a new type of sound, something less shrill.

The first layering was more based on a mood I wanted to translate, so I kind layered everything on top of each other. I played with the amplitude of each track to make it not messy.

During the tutorial with Jen and Jack, I explained the main idea and showed them my first version of the 1min track. They felt the track was relying too much on the music track and thought it would be nice to mix all the effects throughout the timeline, not all at the same time.

I was really happy with this feedback because I didn't notice that at all. Being listening to the same thing all over again and again, I kind of lost track of things. It was nice to take a step back with them and discuss what we could improve/change.

So I lowered the track of the music and started to dispatch the recording throughout the whole piece. I've added some panning as well mostly going from the left to the right, to symbolize a movement. This movement can be referred to your eyes watching the posters, or just the feeling of your sight discovering new elements

I ended up with this final track.

My overall feeling about it is quite blurry...
I wanted to depict my personal "feel" of how love sounds. So I based myself on various things such as music, visual graphics, human relationships, psychology.
I tried to record the most things that made me think of love at that very moment. And while recording this I thought about something. This is how I see it today, but it could definitely change over time and make no sense to me. The idea of depicting love through sounds based on myself was really hard and potentially a non-sense to somebody else because everyone's feeling is quite unique. As I reflected my idea kept evolving but in a good way, it made more and more sense.

So instead of focusing on my own personal feeling of love, I based my sound piece on how I wanted to depict love through my poster series. It seemed more right and more accessible I guess.

I think I managed to "illustrate" quite well the key elements of my posters in my sound piece (books, poems, etc), and it does enhance the overall message. When I look at the series and listen at the track I feel it creates a unique atmosphere and definitely enhance the overall mood of the posters.

So that's quite how I felt "illustrating" the mood of love with this poster series.

Also working on such emotion narrowed my possibilities of using sounds. I would have loved to work on rhythms and beat-based sound.

I think I could go way further if I there wasn't a 1min limit. I would have explored more sounds types and layering processes. I would definitely have redone the whole mastering with more precision. I guess the tutorial was indeed very helpful but a bit too late.

I haven't tried to record myself, I directly asked my friend to record herself. I think I'll consider testing my voice reading the poem and see how it goes.

It's quite off topic here I guess, but I think it would have been nice to work on a little animation displaying the posters key elements when you hear it on the track. Like some words are highlighted when the voice goes on, or some certain area like the book when we hear the book.

I really this project (as always :D) mainly because of the broad sound work we could undertake. Having a free theme was really nice because I could express myself on a topic I wanted to work on for a long time.
And having the possibility to base this work on visuals was a really good experience. I think it's important as we'll be more likely to work on pieces with sounds later on.

I just felt kinda lost at some point, I didn't know where I should go because I was maybe thinking too much, but Jen and Jack got me right back on track.
I think it would be definitely logical to have to work on a 2min piece as we had plenty of time to work and also have more sound design artist references. I've never worked on soundtracks before but this was the perfect time to start, I think I'll try to explore more and more.

Soundscape project conducting at @glasgowschoolart based on ‘love’ depiction through sounds. Voice by @lou.stone Poster work on @hello.bethdesign